We funded a Turtle Hotline with the Barbados Sea Turtle Project! 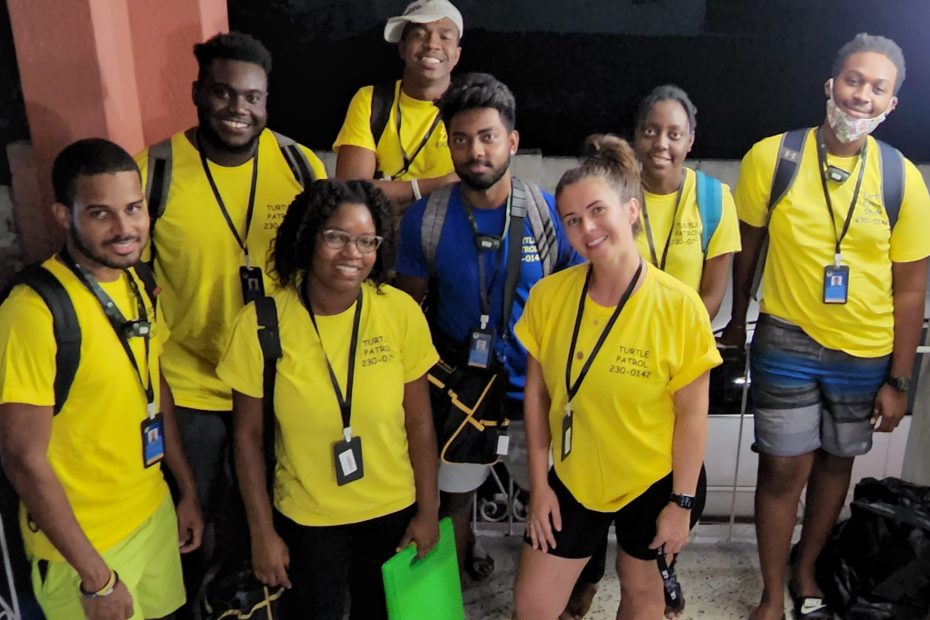 Starting in May 2022 we funded a new project with the Barbados Sea Turtle Project (University of the West Indies). OMEF is supporting the 24hour turtle hotline for the 2022 nesting season. Our funding translates directly to saved lives of turtles, from nesting females in difficulty to the  thousands of hatchlings who find themselves disorientated and the eggs which are at risk from predation and erosion.

The creation of this hotline has been crucial to the success of Barbados becoming the largest population of nesting Hawksbill turtles in the insular Caribbean within the past 3 decades. With the increase in number of turtles, there are also more threats, new developments on nesting beaches create significant hazards along with the impact of sea level rise, extreme weather events and erosion also presenting significant threats to nesting females and the success of their eggs.

The hotline’s activity in the 2021 nesting season rescued 63,265 hatchlings, thousands of nests were recorded, endangered eggs saved and over 10 nesting females saved from life threatening situations. Some of these were trapped in boulders, in danger of drowning, some trapped in canals, fell into drains and others strayed into roads. In 2021 just over 2000 hotline calls were received and responded to.

We are very proud to be able to support the Barbados Sea Turtle Project and their fantastic work for this 2022 nesting season!